In 2017 the main agricultural sectors report favorable figures, among them, tobacco, vegetables, beans, beef and pork; although the production of eggs and milk decreases 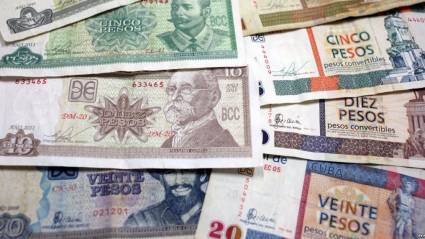 HAVANA, Cuba, Dec 21 (ACN) The Cuban Gross Domestic Product is expected to grow 1.6 percent in 2017, driven mainly by the construction and tourism sectors, reported today Ricardo Cabrisas, vice president of the Council of Ministers and Minister of Economy and Planning.
To deputies and guests to the tenth ordinary session of Parliament in its VIII Legislature, which takes place in the Havana Conventions Center, Cabrisas presented the estimated performance of the national economy in the current year and its projections for the coming one.
He explained that the dynamics of branches such as transport and agriculture also led to an increase in GDP, in a period characterized by major challenges in productive activities and services, given the financial and material stresses Cuba faced, as it was predicted.
Income defaults for exports of goods and services, the availability of fuels, as well as the non-execution of certain investment programs and the effects derived from the acute drought and Hurricane Irma, influenced the behavior of the economy.
Cabrisas highlighted the harmful effects caused by the persistence of the economic, commercial and financial blockade imposed by the United States on Cuba, and the coming to power of a new administration that has intensified the application of that siege and its extraterritorial nature.
However, from protecting the fundamental priorities, it has been possible to guarantee the sustainability of the basic services to the population and the main levels of activity planned, while the recovery efforts continue before the damages caused by Irma, he said.
In 2017 the main agricultural sectors report favorable figures, among them, tobacco, vegetables, beans, beef and pork; although the production of eggs and milk decreases.
Crecerá 1,6 por ciento PIB de Cuba en 2017, informa ministro