Bolt Says Loud and Clear, 'I Want to Play Soccer in a Top League'

Usain Bolt has his secure seat in sports mythology, but the Jamaican needs new challenges today, and now he has to play professional soccer in a world-class league. 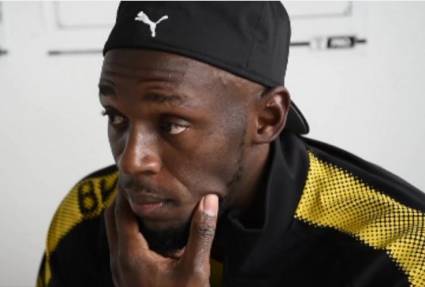 The eight-time Olympic champion in pure speed events and 11 times world champion also anticipated that 'it will not be a long race, I see a maximum of four years.'

Despite being a world record holder in 100 and 200 meters, and the 4x100 relay, Bolt made it clear that 'soccer is my passion and today is my goal, my personal challenge'.

Many teams have shown interest in me, but none of them belongs to the big leagues, which is where I want to play, he clarified.

Bolt acknowledged that he came out of athletics because 'he needed to try other things.'

Many mass media have linked him for a long time with Borussia Dortmund of the demanding German League.

The Caribbean star trained on several occasions with the squad of North Rhine-Westphalia, currently located in the third position of the Bundesliga.

However, on several occasions Bolt explained that the apple of his eyes is Manchester United club from the Premier League of England, which currently runs the Portuguese Jose Mourinho.